Since 2009, MouseWait has been the #1 third-party Disneyland community in the App Store, allowing people to experience a virtual vacation atmosphere no matter where they are in the world.

Now, we’re using 13 years of experience in the travel industry to build “the only travel club you’ll ever need.”

LOUNGΞLAND is the first membership travel club built by a community of like-minded people instead of a centralized team. The concept is based on Walt Disney’s original vision for E.P.C.O.T., the Experimental Prototype Community of Tomorrow.

This “community of the future” was an idea developed by Walt near the end of his life. It was designed to stimulate American corporations to come up with new ideas for urban living.

Our community of the future, LOUNGΞLAND, will use blockchain technology to build a vacation club that will help people afford vacations.

Our initial Founders sale will assemble a team who will build the ultimate travel product, AND share in its success, thanks to blockchain technology.

Only Founders will be able to participate in the success of LOUNGΞLAND.

Full details will be outlined in our white paper. 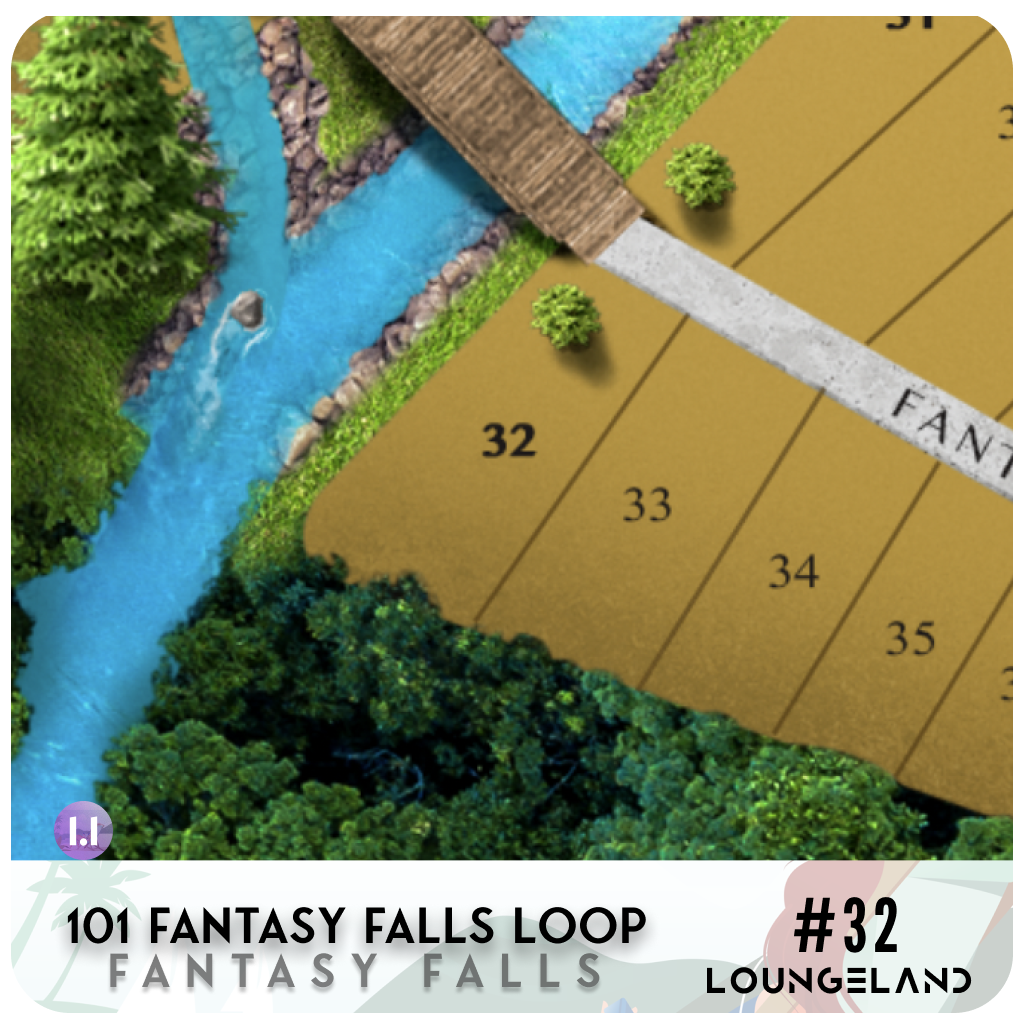 WE'RE BUILDING THIS TOGETHER!

Founders get lifetime access to the custom LOUNGΞLAND Club Dashboard and LIFETIME ACCESS to our founders-only token-gated private community built on our proprietary LOUNGE software that we built in 2010 for MouseWait. Everyone else will pay a yearly fee (price to be determined by the community).

Only Founders will participate in the revenue pool based on a proprietary formula for calculating total holdings + contributions to the community and product.

Your property deed is a blockchain authenticated digital asset (NFT)

Each NFT is original art, and can be resold through multiple NFT marketplaces.

Contribute original content, help LOUNGΞLAND grow, and you will be rewarded with LOUNGΞCOIN! ONLY FOUNDERS CAN EARN LOUNGΞCOIN.

As a community, we will use some of our treasury and buying power to negotiate travel deals, benefits, and to purchase assets that benefit the community.

Save time and money on vacation planning

Get the insider intel you need to have the best vacation, with private tips, apps, and tools that will not be available to non-members.

As a LOUNGΞLAND property owner you get priority access to future events.

Learn how to create passive income with DeFi

Founders will get priority when using services and apps on the LOUNGΞLAND token-gated Dashboard.

a next generation blockchain vacation club

What about MouseWaiters who have purchased Credits?

We will send matching LOUNGΞCOIN to your wallet during the initial airdop.

LOUNGΞCOIN will be in the official currency for ALL MouseWait Apps and LOUNGΞLAND. It will be used for upgrades, access, transactions, and more.

What blockchain is this built on?

We are building on Proton.org. In addition to the strong technical qualities of Proton, they have a wonderful, engaged team with excellent support. Combined with the amazing Proton community, the Proton Chain is the ideal blockchain for LOUNGΞLAND.

Is this investment advice?
No! We are just a group of people who like theme parks, travel, vacations, and crypto.
Why members-only?

A members-only platform allows us to build a higher quality product, reduce spam and keep our data private from corporate bean counters.

No! The success of LOUNGΞLAND will help MouseWait improve and grow.

"Will we regret the things we didn't buy?
Or the places we didn't go?" -Ewan McGregor

vacations have formed an unbreakable bond in our family

My wife and I grew up going to Disneyland. Our first date was at Disneyland, and we were married at the Disneyland Hotel. Our kids grew up at the park and it has given us so many wonderful memories.

In 2008, when Steve Jobs announced the App Store, I knew I’d build a Disneyland App. I dreamed of creating something that our whole family could be a part of.

“In the end, kids won’t remember that fancy toy or game you bought them, they will remember the time you spent with them.” – Kevin Heath

Disney knows how to immerse guests in a vacation atmosphere, and they were exceptionally good at it back in the early 2000s. Walt designed Disneyland like a protected bubble, an escape from the real world.

To this day, I still remember the smallest details of every trip. I can still feel the cool air on our faces as we ventured out near Grizzly River Run, with dramatic movie music playing in the background.

The look on my kids’ faces when they walk through those gates is something that will always be with us.

“Vacations aren’t a hedonistic luxury–they are a necessity. For our family, vacations have formed a bond that will last forever.”

Our MouseWait App became the #1 third party Disneyland App in history primarily because of the fantastic community that formed around it.

The Huffington Post called it “one of the three Disneyland musts you shouldn’t be without.”

As a family, Disneyland showed us the benefits of dislocating from our normal autopilot routines. Those trips glued us together, inspired us to be more creative, to take chances, and to do great things.

The problem with Disney vacations, especially today, is the cost puts them out of reach for most families.

What if there were a way for like-minded people to join forces and find ways to afford or pay for their vacations?

The concept is based on Walt Disney’s original vision for E.P.C.O.T., the Experimental Prototype Community of Tomorrow.

This “community of the future” was an idea developed by Walt Disney near the end of his lifetime. It was designed to stimulate American corporations to come up with new ideas for urban living.

Our community of the future, LOUNGΞLAND, will use blockchain technology to build a vacation club that will help people afford vacations.

The LOUNGΞLAND community will build products as a group. Our first goal is to build the “only travel club you’ll ever need” — a travel solution that will be offered to the public for a yearly fee, and together, we will share in its success using web3 blockchain technology.

Although our first project will be a travel club that will help people afford vacations, it will not be our last.

Just as Walt envisioned EPCOT as a model community with only 20,000 residents, LOUNGΞLAND will only allow a limited number of Founders.

Blockchain technology has unlocked unlimited opportunities. I began studying crypto and blockchain tech when I got into Bitcoin in 2017 because I’ve always been fascinated with digital assets. I integrated digital goods into MouseWait ten years ago and our community loved how they allowed them to express themselves and be generous to others in the group.

Vacations are scientifically proven to improve your life: Long-term studies have shown a connection between vacations and heart health. One, based on the famous Framingham Heart Study and published in American Journal of Epidemiology back in 1992, found that women who took very few vacations—less than one every six years—were twice as likely to have a heart attack or coronary death than women who had a couple of breaks each year. Another that was also based on thousands of subjects concluded that men who took fewer vacations were much more likely to die from coronary heart disease than men who took more vacations. source: Travel & Leisure Magazine

Get updates via email

add your email for land sale and other LOUNGΞLAND updates!

take your family on more vacations.

This does not constitute investment advice. LOUNGΞLAND is NOT an investment club--it is for entertainment and educational purposes only. We will not tell you what to buy or how to invest.